Fiji is an island country in Melanesia in the South Pacific Ocean about 1,100 nautical miles northeast of New Zealand’s North Island. Its closest neighbours are Vanuatu to the west, New Caledonia to the southwest, New Zealand’s Kermadec Islands to the southeast, Tonga to the east, the Samoas and France’s Wallis and Futuna to the northeast, and Tuvalu to the north.

Fiji is an archipelago of more than 330 islands, of which 110 are permanently inhabited, and more than 500 islets, amounting to a total land area of about 18,300 square kilometres. The farthest island is Ono-i-Lau. The two major islands, Viti Levu and Vanua Levu, account for 87% of the total population of 898,760. The capital, Suva on Viti Levu, serves as Fiji’s principal cruise port. About three-quarters of Fijians live on Viti Levu’s coasts, either in Suva or in smaller urban centres like Nadi (tourism) or Lautoka (sugar cane industry). Viti Levu’s interior is sparsely inhabited due to its terrain.

Fiji has one of the most developed economies in the Pacific due to an abundance of forest, mineral, and fish resources. Today, the main sources of foreign exchange are its tourist industry and sugar exports. The country’s currency is the Fijian dollar. Fiji’s local government, in the form of city and town councils, is supervised by the Ministry of Local Government and Urban Development.

The majority of Fiji’s islands were formed through volcanic activity starting around 150 million years ago. Today, some geothermal activity still occurs on the islands of Vanua Levu and Taveuni. Fiji has been inhabited since the second millennium BC, and was settled first by Austronesians and later by Melanesians, with some Polynesian influences. 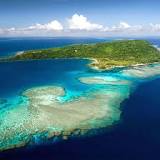 Wakaya is a privately owned island in Fiji’s Lomaiviti Archipelago. Situated at 17.65° South and 179.02° East, it covers an area of eight square kilometres,5 miles. It is 18 kilometres from Ovalau, the main island in the Lomaiviti Group. 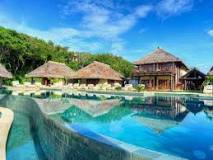 Viti Levu is the largest of the islands comprising the South Pacific nation of Fiji. Home to the capital city of Suva, as well as the majority of Fiji’s residents, it’s also the site of Fiji’s primary airport, which is near Nadi on the western side of the island. 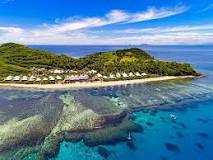 Tokoriki is an island within the Mamanuca Islands of Fiji in the South Pacific. It is home to two resorts, the privately owned luxury resort Tokoriki Island Resort for honeymooners and couples and Sheraton Resort & Spa, Tokoriki Island. 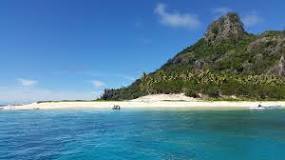 Modriki Island is an uninhabited small island situated off the coast of Viti Levu in the Fiji Islands, in Melanesia in the South Pacific Ocean. 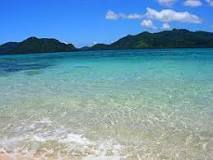 Beqa is an island in Fiji, an outlier to the main island of Viti Levu, 10 kilometres to the south. The island has a land area of 36 square kilometres and reaches a maximum altitude of 462 metres 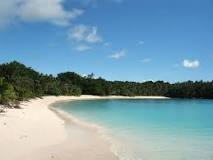 Rotuma is a Fijian dependency, consisting of Rotuma Island and nearby islets. The island group is home to a large and unique indigenous ethnic group which constitutes a recognisable minority within the population of Fiji, known as “Rotumans”. 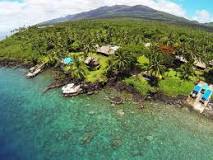 Taveuni is the third-largest island in Fiji, after Viti Levu and Vanua Levu, with a total land area of 434 square kilometres

Kadavu, with an area of 411 square kilometres, is the fourth largest island in Fiji, and the largest island in the Kadavu Group, a volcanic archipelago consisting of Kadavu, Ono, Galoa and a number of smaller islands in the Great Astrolabe Reef.

Ono-i-Lau formerly known as Ono-i-Tonga is a group of islands within a barrier reef system in the Fijian archipelago of Lau Islands. 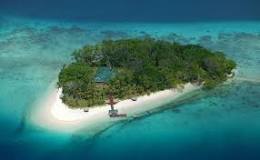 Castaway Island, or Qalito, is an island of the Mamanuca Group in Fiji. It is inhabited, with a tourist resort on its west side. The island has an area of 70 hectares

Vanua Levu, formerly known as Sandalwood Island, is the second largest island of Fiji. Located 64 kilometres to the north of the larger Viti Levu, the island has an area of 5,587.1 square kilometres and a population of 135,961 as of 2007 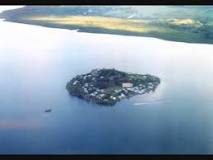 Bau is a small island in Fiji, off the east coast of the main island of Viti Levu. Bau rose to prominence in the mid-1800s and became Fiji’s dominant power

Denarau Island is a small island off the west coast of Fiji, and near the town of Nadi. It’s known for its upscale resorts. Denarau Golf Club, at the center of the island, has an 18-hole course with many water hazards. 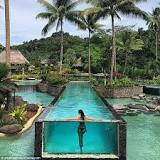 Laucala is one of a triplet of small islands that lie to the east of Thurston Point on the island of Taveuni in Fiji. The privately owned islands are the site of the exclusive Laucala Resort. 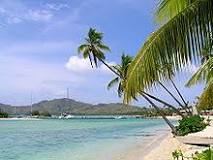 Malolo Lailai, also known as Plantation Island, is the second largest and most developed of the Mamanuca Islands, lying 20 kilometres west of Nadi on Fiji’s main island Viti Levu.